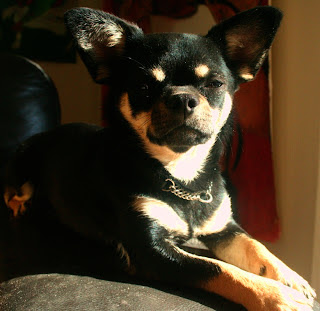 Last week a friend contacted me about entering Frankenstein in a cute dog contest. I kind of blew it off, because I am lazy. Earlier this week I had to take Frankenstein to he Vet, for a check up. He told us Frankensteins knees are going to give him trouble when he gets older. That his knee cap pops out of place and it will cause his bones to separate and twist...yikes! He advised me to start saving money for the big operation!
First thing I did when we got home was look up the cute dog contest, we need prize money! Sherriepie, said she was going to donate the prize money to the Polar Bears if, Number 17 Doug Willams won. He is a super cute dog! All I could think was money, it is mine all mine and that Sherriepie is a much better person than I. Well it turns out the contest money goes to charity and you have to pick a charity when you enter. I still think Sherrie is super cool and Doug is the cutest! I hope he wins, for the Polar Bears! But, we need a contest that will fix my babies knees!
I have done a little research and it isn't as scary as I first thought. The vet was just breaking it to me now so, if it happens I won't flip out. I got the flipping out, over with this week. Thank you! 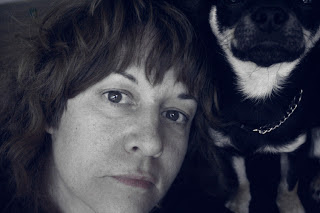 I took this yesterday. I recently got back in touch with an old friend I haven't seen in 20 years. She wanted a photo. I hate photos of me...but I think the addition of the Chug makes this one bearable. Don't mess with us!
2 comments: things are starting to bloom 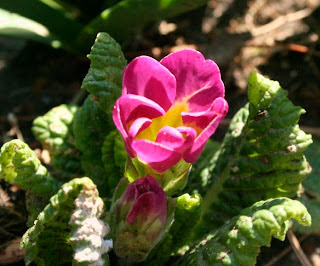 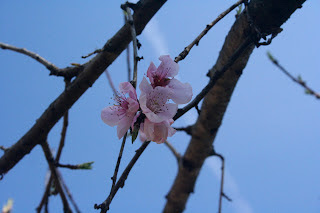 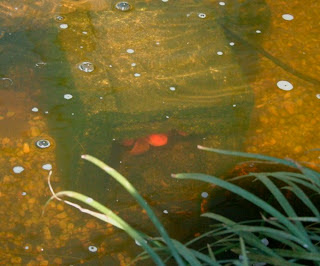 The fish are still hibernating. All of them have been hiding in the cinder blocks all Winter. That orange bump is a fish nose. Sometimes you can see 3 or 4 fish noses at the edge of the opening. There are 3 cinder blocks and 9 fish. One of the smallest fish gets pushed out from time to time. But he usually squeezes his way back in for a few days before getting pushed out again.
1 comment: 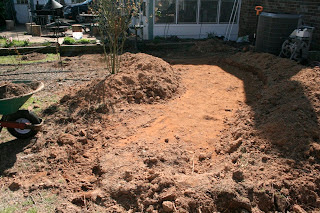 I took advantage of the warmer weather and started digging my garden path. On either side of it will be flowers and a veggie garden. It is hard work but very rewarding. As I was digging I started noticing grubs. I looked it up and they will become beetles and eat plants and roots. So I started picking them out of the shovel fulls of dirt. I made a pile 'o grubs. Then when I was ready to take a break I would put all the grubs on a plater. As soon as I was a few feet away the Bluebirds would swoop down and feast. It was pretty cool. They watched me and waited, we had a system going. Later, when I was back in the house the Robins went worm hunting in the freshly exposed soil.
No comments: 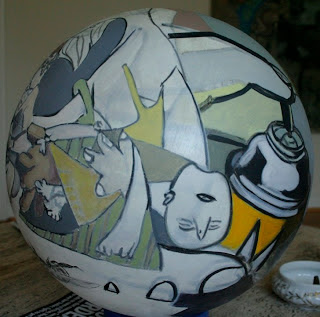 loss of the innocent... 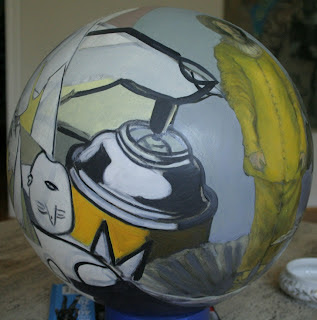 and that brings us back to the begining 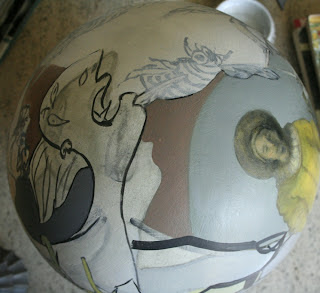 top view.
It is basically done. I will live with it for a week and see if I need to do more. Right now, I am pleased. Onward!
No comments: 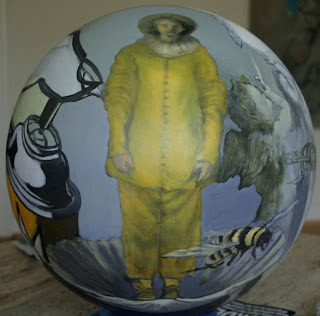 the photos show the progression around the globe. In this view we see the artist on the surface, a spray can and a bee... 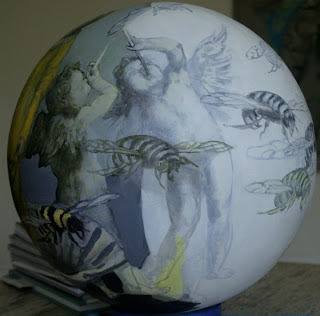 The angels are blowing spit wads at the bees... 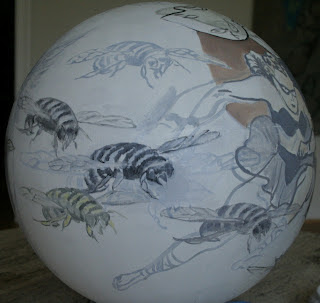 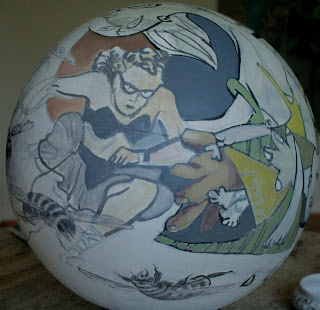 A faded Wonder Woman's arm is being gripped by the suffering...a dead bee below...
No comments: 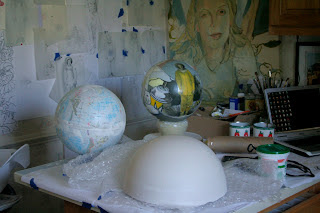 Here are where things are today. Globe 2 is almost finished. I started prepping the surface on another ready made globe. It has been sanded and cracks filled. The half sphere was cast in plaster this weekend and will need a bit of sanding next. It will also be painted on, but I think I am going to try egg tempera rather than oil paint. Onward!
3 comments: