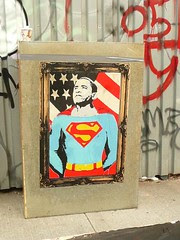 I am still in shock. No words...lots of tears and a beaming inner peace. 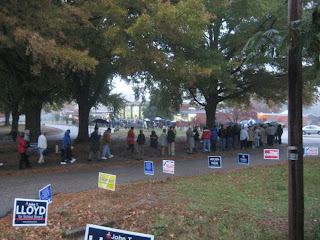 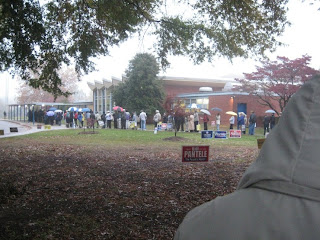 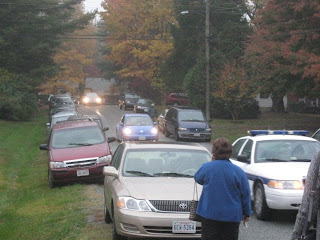 We did it!...Wow what a good feeling. We set the clock for a 5am wake up. Then, hit snooze a few times and drank coffee before heading to the polls. We saw cars driving backwards down streets and the recycle truck blocked the narrow traffic lane to the school. It is raining but just a drizzle, classic voting day weather. The line looks long but moves fast. After a half hour, they called all people with last names S-Z to jump to the head of the line! So I said so long, to TBIH and jumped to the front. All of us end of the alphabet folk rejoiced in finnaly getting to go first after years of being last letters. Voteing was easy and fast and exelerating!
I found The Head in line, then went to get the car to pick him up after he voted. He actually got to jump the line too when they called all M's up to the front. All in all it took about one hour, not too bad. I feel at peace.
Go vote it is good for you!
No comments:

good for a laugh

good for a laugh
Originally uploaded by tracey st.peter
I am so nervous..I am basically a wreck! It is the election. There is just one more day. I am having nightmares about not being able to vote. So in an attempt to lighten the mood, here is a little offering...This was shot a few months back. I hope it eases some stress..so far it is working for me. But I may have to watch it a few more times today.